Dr Jamison Van Roekel (Dr Jamie to his patients!) is a native of Iowa, having grown up in Waukee, a suburb of Des Moines. He attended Northwestern College in Orange City, Iowa where he studied finance and management while also participating in football and track. After college Dr Jamie spent five years in Chicago where he worked in the finance market, followed by five years in Omaha working in business management. It was during his time in Omaha that he discovered a passion for Chiropractic, prompting him to enroll at Palmer College of Chiropractic in Davenport, Iowa where he received his Doctorate in Chiropractic. After working for several years at a successful multiple doctor clinic in Iowa, Dr Jamie decided to open Omaha Central Chiropractic in the spring of 2017. Omaha Central Chiropractic proudly serves the Omaha, Elkhorn, Ralston, Dundee, Papillion, LaVista, Bellevue and Council Bluffs communities. Dr Jamie’s favorite activities include hanging out with his Great Dane (named Joey in case you were wondering), brewing beer, exercising, reading, and exploring various aspects of popular culture. 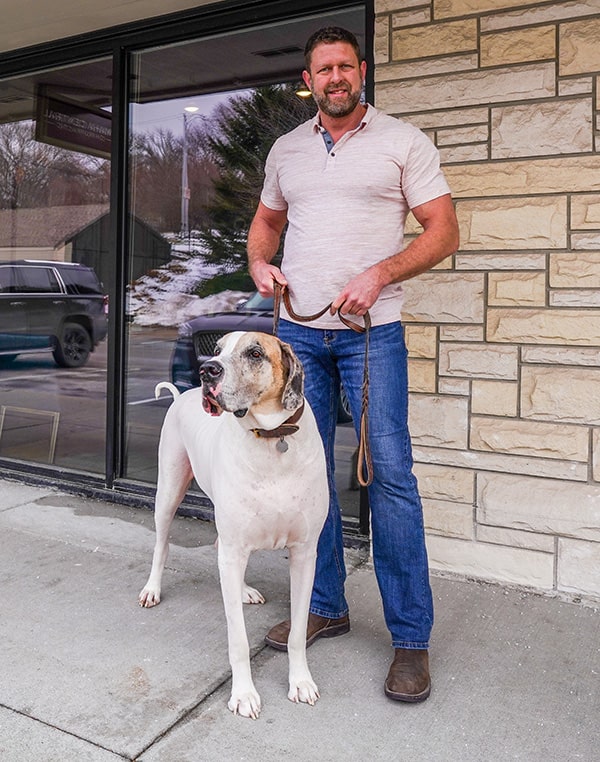